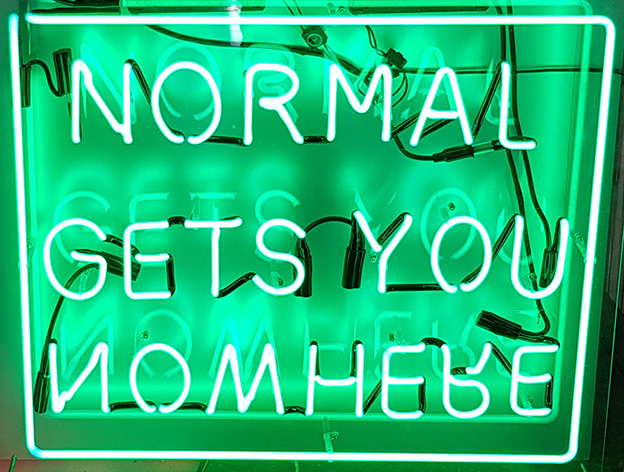 Executive Chairman and CEO of Pure Energy Holdings Corporation. He is also the Director and Treasurer of Coal Asia Holdings Inc., Director of JTKC Equities, Inc. and Star Equities, Inc. He is concurrently the President and CEO of Philippine Power and Development Company (since 1927), the company that owns and operates historically the oldest operating mini-hydropower plants in the country. He is also involved in the microfinance, restaurant, and agriculture industries. In the field of Public Service, he has served as a Makati LGU Elected official for 15 years. During his mid-20’s he served as the youngest Director of Vantage Equities, Inc., another publicly listed company. He holds a Bachelor of Science degree in Mechanical Engineering from the De La Salle University.

One of the Co-founders of Pure Energy and the President and COO of Colossal Petroleum Corporation. He is a director of Coal Asia Holdings Inc. and Titan Mining & Energy Corporation. He is also the President of Husky Trading Corporation, Supra Finishings Corp, Philippine Welding Technology Skills & Services Center, Inc. Husky Calibration Specialists, Inc. He is also a Director and Treasurer of Eagle Equities Inc. Formerly a VP of REDECO and JINICO. REDECO drilled 46 wells and JINICO headed the consortium for SC 1 which is now GSEC 101. He holds a Bachelor of Science degree in Industrial Engineering from the De La Salle University.

Comptroller of the Pure Energy Group and concurrent Chairman of Repower Energy Development Corporation. Was previously employed as a banker for over 20 years. AVP / Risk Administration Officer of the Risk Management Dept of ING Bank, Manila from 1996 to 2013. Supervisor / Work Flow Coordinator of the Citibank N.A. Distributions Unit (Tax Shelter Center, Fulfillment, Pre- Processing, Processing & Maturities Units) at the main office of the Citibank Tax Shelter Center (CTSC) in New York City, USA from 1984 to 1991. As a Citibank N.A. prerequisite, was also assigned to the Citicorp Brokerage Unit (1990) for almost a year. Holds a BS in Business Administration Degree from De La Salle University.

Chief Operating Officer (COO) of Pure Energy and concurrent President of Solar Powered Agri-rural Communities Corporation (SPARC). He has over 30 years of general management experience from different industries including telecommunications, real estate, business process outsourcing and construction. Before joining Pure Energy, he was the Senior Vice President for Operations of Premiere Horizon Alliance Corporation, a publicly listed company engaged in real estate development, contracting for mining operations and tourism development. He was earlier the President of Kital Philippines, an Israeli-owned company engaged in telecom, medical equipment and fertilizer sales. He formed the irrigation joint venture business of Kital. He also managed the integration of BPOs Sitel and Client Logic and led site selection and expansion activities. He was also a Director at eTelecare Global Solutions. In PLDT, he led several acquisitions of small telephone and cable companies and helped manage these companies through integration into the mother company. He has a BS in Civil Engineering from the University of the Philippines and an MBA from Stanford University.

Chief Financial Officer of Pure Energy. He was a banker for 20 years, holding VP Controller and other key positions at BPI Family Bank, Asian Bank, and BSA. He has over 25 years experience in real estate as SVP-Controller for the St. Francis Square Group, and is well versed in SEC and BIR regulatory, financial and tax matters. He is both a licensed Certified Public Accountant and an Attorney at Law. He obtained his BSC – Major in Accounting in 1969, and his LLB – Bachelor of Laws in 1992, from Far Eastern University.

President and CEO of Blue Energy Holdings and Management Inc. He is also the President and CEO of Solar Eagle Renewables Corporation, a builder and operator of solar farms in the Philippines. In the advertising sector, he is a Co-Founder and Director of Vlink Interactive, a billboard operator and value added advertising services provider, and Quick Brown Fox, a media placement agency. He is also Co-Founder and Director of various Food & Beverage ventures including Happy Lemon Philippines, which operates 25 stores nationwide, Eric Kayeser Philippines and Tampopo Philippines. He also serves as Director of Keorim Holdings, an owner of foreign F&B franchise stores. He is also the Founder of Charis Foundation, a non-profit organization which promotes youth leadership and formation. Aside from being a professional basketball player, he was one of the 2013 The Outstanding Young Men (TOYM) awardees for Youth Leadership Development. He holds a Bachelor of Science in Management Engineering and a minor in Chinese Studies from Atenedo de Manila University.

President and CEO of Pure Energy’s subsidiary, Tubig Pilipinas Group, Inc. Ryan is a Licensed Civil Engineer that placed in the upper 1 percent of all the examinees during the 2005 Civil Engineering Board exams. He graduated from De Lasalle University with a degree in Civil Engineering and a sub specialization in Structural Engineering. Having also gone thru work experience in the field of construction and project management, Ryan decided to concentrate in the field of design. He worked with the Top Local Structural Firm in the Philippines (Sy2 + Associates) for 10 years and eventually led the design team of the company. He has also given numerous lectures and talks on engineering for prestigious schools and organizations such as De Lasalle University, Junior Philippine Institute of Civil Engineers, Local Government of Makati and the Civil Engineering Society among others. He is currently the President and COO of Tubig Pilipinas Group Inc. He also serves as a director for Quadcore Construction and Development Corp, Green Apple Technologies & Systems Inc, Treehouse Properties Corp and RYC Dining. He is also currently an elected official for the Makati LGU and serves as the treasurer for the Association of Barangay health officials. He brings a broad range of experience from different industries ranging from utilities, construction, consultancy, IT, property development, F&B and lastly, public service.

The consultancy firm of Pure Energy’s subsidiary, Repower Energy Development Corporation. Melbourne based GHD is one of the world's leading professional services companies operating in the global markets of water, energy and resources, environment, property and buildings, and transportation. GHD has over 200 offices in 90 different countries. They provide engineering, architecture, environmental and construction services to private and public sector clients. In the Philippines they have served as consultants or owner’s engineers for the 50MW Biliran Geothermal Power Plant, 54MW Pillilia Wind Farm, Burgos Wind Project, 360 MW Magat Dam Powerhouse, San Carlos Solar Energy Farm, and flood management for Metro Manila, just to name a few.

Senior Technical Consultant of Pure Energy’s subsidiary, Repower Energy Development Corporation. He is the only Filipino World Bank Consultant for Mini-Hydropower and is recognized as the father of the mini-hydropower industry in the Philippines. He is also an in-house consultant of the Department of Energy and National Electrification Administration, where he teaches and guides their personnel on project evaluation; and is a lecturer of the Development Bank of the Philippines on 4 mini-hydro orientation seminars (1999, 2002, 2003 and 2004) conducted to train their personnel. He holds a degree in Civil Engineering, a Masters in Engineering Water Resources, and an Master of Sciences in Environmental Planning, all from the University of the Philippines Diliman, where he currently lectures.

Vergel3 Consult is a multi-disciplined Engineering Consulting firm specializing in mini-hydro planning and design. Owned and Founded by Engineer Manny Vergel III in 1990, Vergel3 has project managed over 12 mini-hydro projects to date all over the country and abroad, it currently has several dozen feasibility studies, detailed engineering design studies and construction supervision projects ongoing.

Chief Technical Consultant of Pure Energy’s subsidiary Tubig Pilipinas, as well as the President and Director of Bacolod Bulk Water Inc, and the Chairman of Princess Urduja Waterworks System, which owns and operates the Sual, Pangasinan and Labrador, Pangasinan waterworks systems. He has been in the water business for almost 50 Years. He initially started with the Local Water Utilities Administration (LUWA) as a Professional Engineer and rose through the ranks to become the Senior Deputy Administration of LUWA. In 2000 he started his own company, TGV Builders Inc. of which he sits as Chairman of the board. He is concurrently also the Chairman, and President of Waterfor Calasiao Inc, which owns and operates the Calasiao water system. In Civil Service, he is Career Executive Service Board, Corporate Career Executive and Civil Service Career Professional, Eligible. He holds a degree in Industrial Engineering from the University of the Philippines.

Advisor and Collection Solution Specialist of Pure Energy's subsidiary, Tubig Pilipinas. She is concurrently the CEO of Impart Waterworks & Development Corp., a company which provides underprivileged persons and informal settlers access to sustainable, potable and safe water. In 2008, she was named by the Asian Development Bank as one of the water Champions of the Philippines. She is also the President of the Association of Small Water Providers (2007 - Present), and the President of the National Water and Sanitation Association of the Philippines (2007 - Present).

She is a World Bank Consultant for water vending and has had numerous talks during water conventions around the world, including the World Water Forum, International Water Forum, South Africa Water Dialogue, United Nations Commission on Human Rights convention on water as a Human Right. She has over 20 years of experience in managing water services in partnership with LGU's and GOCC's. She owns the Malasiqui Bulk Water and Distribution System, as well as several community water distribution systems around Metro Manila. She formerly owns Southville Binan Water Co. until she sold it to Ayala's Laguna AAA Water Corp.

Senior Consultant of Pure Energy’s subsidiary, Pure Geothermal Inc. He has over 40 years of experience in the exploration, assessment, development and operation of geothermal resources. He started his career in Geothermal in 1974 as a Drilling Supervisor for Tiwi Geothermal Project with Philippine Geothermal Inc. (PGI). He was then promoted to Area Geologist for Tiwi in 1977 and eventually became District Geologist for both Tiwi and Makban Geothermal Projects. He was also appointed as District Development Geologist with Union Geothermal Indonesia from 1981 to 1983. He returned to PGI in 1977 as District Exploration and Development Geologist and held other positions such as Manager for Materials and Purchasing from 1984 – 1987; as Field Manager, Tiwi Geothermal Field from 1987 - 1988, as Manager for Human Resources from 1988 - 1991; as Manager for Business Operations from 1991 – 1993, as Manager for Special Projects from 1993 to 1994 and as Group Manager for Corporate Business Planning; Information Technology and Accounting & Finance from 1994 – 1996. He provided consultancy services for Project Valuation, Financial Modelling & Business Planning from 1996 to present. During the last five years, Mr. Fernandez provided numerous consultancy services for both Maibarara Geothermal, Inc. (MGI) and Chevron Geothermal Philippines Holdings, (CGPHI). He obtained his Bachelor’s degree in Geology from the University of the Philippines in 1964 and graduated from the Asian Institute of Management with Master’s Degree on Business Management (MBM) in 1991.

Senior Consultant of Pure Energy’s subsidiary, Pure Geothermal Inc. He has over 33 years of experience in the exploration, assessment, development and operation of geothermal resources. He started in 1979 as a Wellsite Geologist in the Exploration and Development Department of Unocal. He held various positions with increasing responsibility in the department including Senior Geologist, Mak-Ban Area Geologist and Assistant Exploration Manager. He was appointed Tiwi Resource Process Manager in 1995 and then Tiwi Operations Manager in 2001. He was promoted to VP, Mak-Ban Asset the following year. In 2006, he was appointed Manager of Tiwi Asset after Chevron acquired Unocal. As Principal Consultant of WC Clemente Consulting and Management Services, he assembled and presented training courses for Resource Management personnel of Philippine Geothermal Production Company, Inc. from July 2014 to present. He currently provides consultancy services to Chevron Kalinga Ltd., Kalinga LGUs and the DOE for the Kalinga Renewable Service Contract since January 2015 to present. He also provided consultancy services from June to September, 2013 for the Department of Tourism in the evaluation of low temperature geothermal resources for development as tourist spots and resorts. He obtained his Bachelor’s degree in Geology from the University of the Philippines in 1974. In 1990, he obtained a degree in Geothermal Technology from the University of Auckland graduating top of his class.